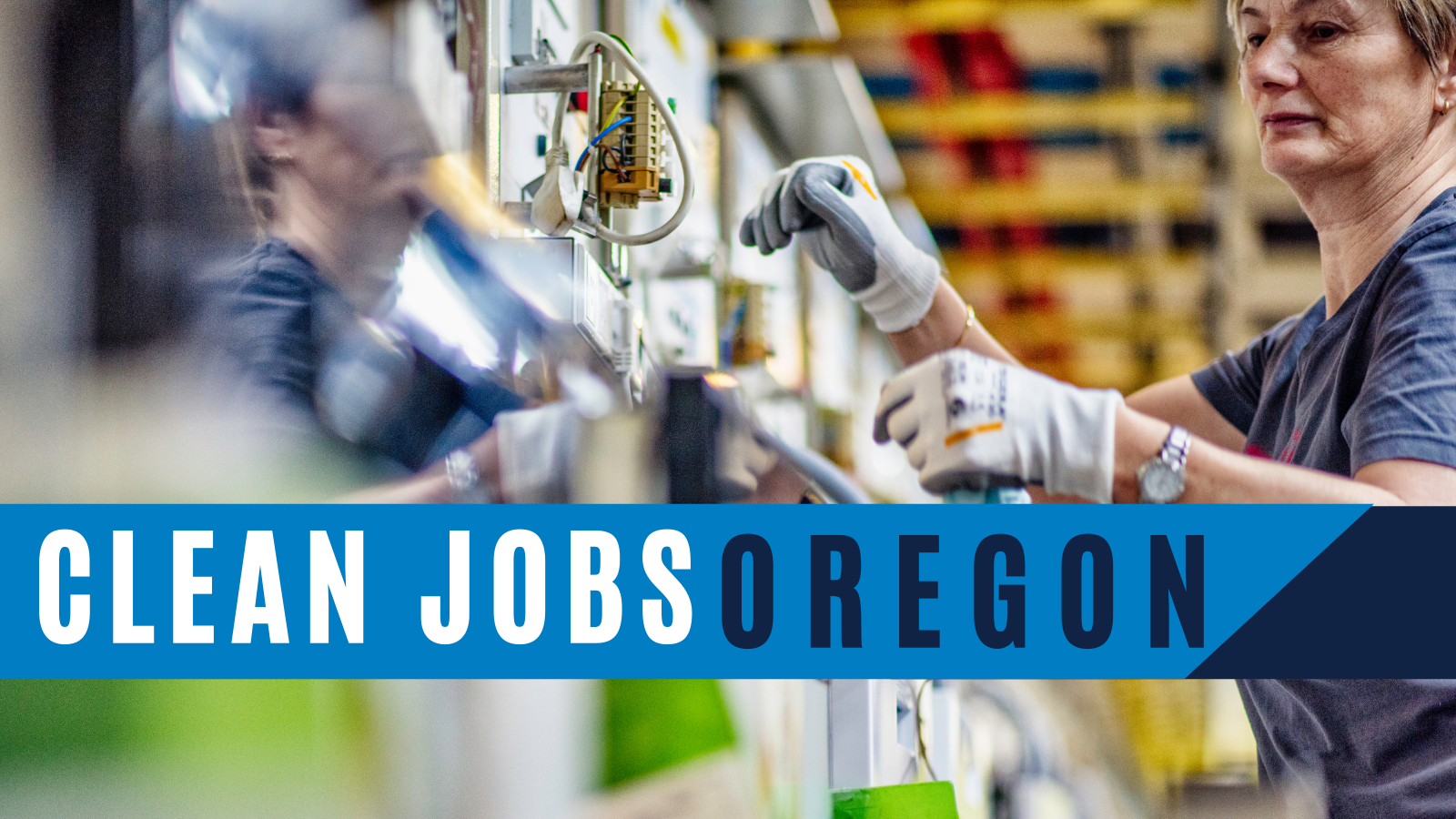 PORTLAND, OR  – Projected to reach nearly 60,000 jobs in 2020, Oregon’s clean energy economy lost more than 6,000 after a tumultuous year driven by the global COVID-19 economic crisis. Despite losing 10% of its workforce, clean energy remains the state’s leader for energy sector jobs and the best bet to power a fast and long-lasting recovery, according to a new report from E2 (Environmental Entrepreneurs) and Oregon Business for Climate.

56,617 Oregonians worked in energy efficiency, solar, wind, energy storage, clean vehicles and other clean energy occupations at the start of 2020—providing 58% of all energy-related jobs in Oregon and nearly three out of every 100 jobs statewide, according to Clean Jobs Oregon.

Jobs in the state’s clean energy economy were also higher-paying and more likely to come with benefits, according to a separate recent report from E2, the American Council on Renewable Energy, and the Clean Energy Leadership Institute. The sector’s median wage in 2019 ($23.91) was 21% higher than the statewide median and 25% higher than the nationwide median. Jobs in clean energy were also found to be more likely to include healthcare and retirement benefits.

But this increasingly central pillar of Oregon’s economy has been temporarily derailed due to impacts from the COVID-19 crisis. While 3,000 jobs have been recovered since unemployment peaked in May, Oregon’s clean energy workforce remains down 6,000 jobs since the pandemic began in March—about three times the entire sector’s job growth since 2017. Heading into 2020, Oregon clean energy businesses projected to add 2,800 jobs.

Clean Jobs Oregon comes at a critical juncture in the state’s efforts to recover from the COVID-19 health and economic crises. Oregon policymakers will have an opportunity to set the stage for a strong recovery by leveraging clean energy as a job creator. By ensuring strong implementation of existing energy regulations and enacting new policies such as a 100% clean electricity bill and clean truck standards, Oregon’s clean energy economy can reclaim lost jobs, create thousands of new ones quickly, and speed the state’s overall recovery.

“With many in Oregon still unemployed due to the economic impacts from COVID-19, investments in the clean energy sector have proven potential to stimulate a recovery. With a focus on smart clean energy policy, lawmakers have the opportunity to help generate thousands of new clean energy jobs and millions of dollars in investment to rebuild and strengthen our economy now and into the future.”

“As so many Oregonians focus on recovery, this report details the clear opportunity—in all parts of the state—for policies accelerating the shift to clean energy. Clean energy is one of many sectors where our leadership will continue to create opportunity, showing again that ambitious, equitable, effective climate policy can help Oregon thrive in the growing clean economy.”

Clean Jobs Oregon is the third iteration of the annual employment analysis. The report expands on data from the 2020 U.S. Energy and Employment Report (USEER) produced by the Energy Futures Initiative (EFI) in partnership with the National Association of State Energy Officials (NASEO), using data collected and analyzed by the BW Research Partnership. The report was released in March 2020 and is available at www.usenergyjobs.org. E2 and Clean Energy Trust are partners on the USEER, the fifth installment of the energy survey first released by the Department of Energy in 2016 and subsequently abandoned under the Trump administration.