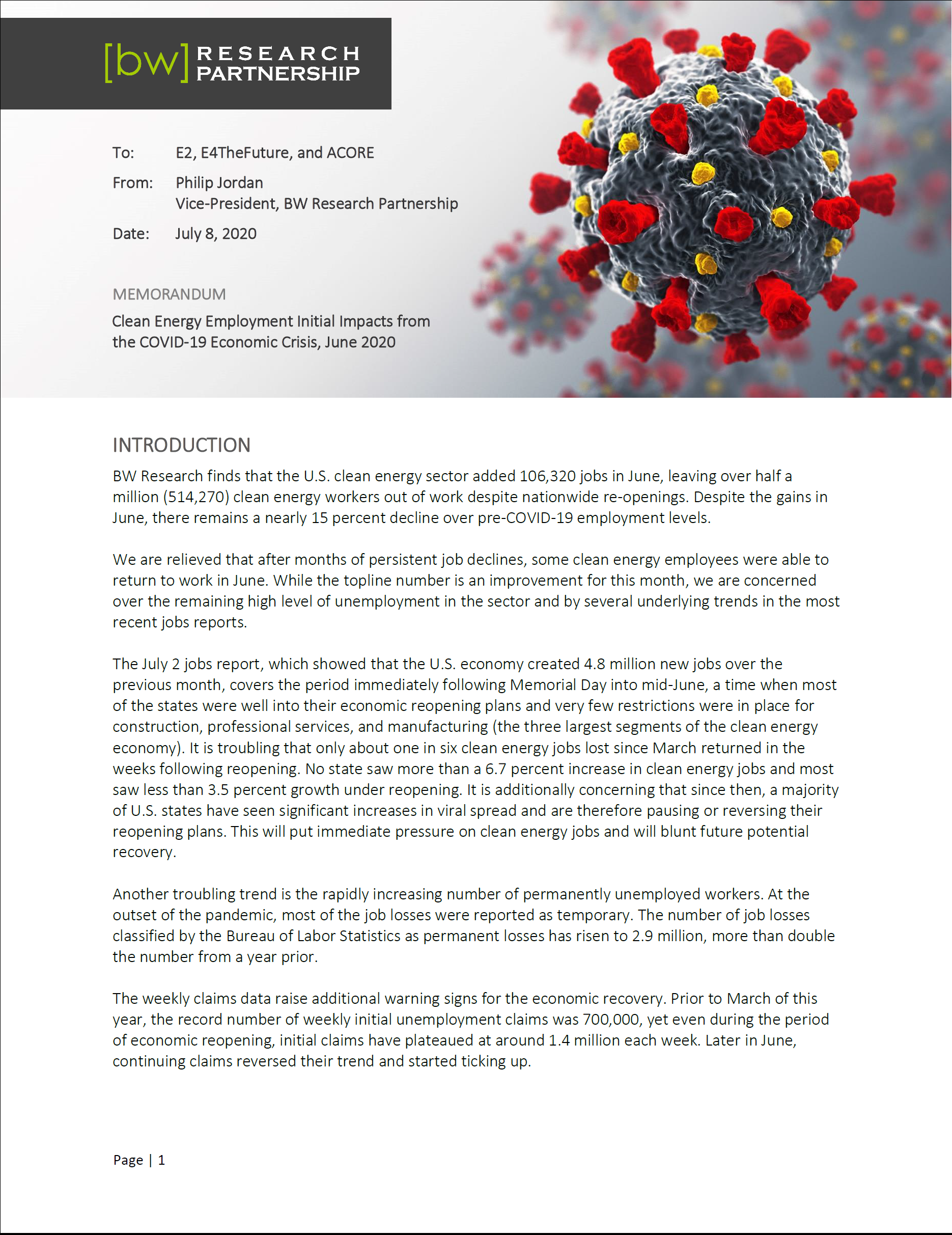 The U.S. clean energy sector added 106,320 jobs in June, leaving over half a million (514,270) clean energy workers out of work despite nationwide re-openings. Despite the gains in June, there remains a nearly 15 percent decline over pre-COVID-19 employment levels, according to the latest analysis of unemployment data by BW Research for E2, E4TheFuture, and the American Council on Renewable Energy (ACORE).

In all, clean energy employment is still down 15 percent from the start of the year, when nearly 3.4 million Americans worked in renewable energy, energy efficiency, clean vehicles and fuels and other clean energy sectors.

While the June jobs improvement is an encouraging sign of clean energy’s ability to quickly put Americans back to work, resuming a robust recovery in one of the nation’s biggest employment sectors anytime soon remains unlikely without direct action by Congress. Only one out of every six clean energy jobs lost since March returned in June, and as federal Paycheck Protection Program (PPP) funds are exhausted and states are forced to close businesses again in the face of COVID-19’s resurgence, more layoffs could be imminent without congressional action. According to the analysis, as many as 2.3 million clean energy workers are employed by small businesses that received PPP loans.

Other troubling trends include a sharp increase in permanent job losses, rising initial weekly unemployment claims, and COVID-19 cases spiking in states with some of the largest clean energy workforces, according to the analysis.