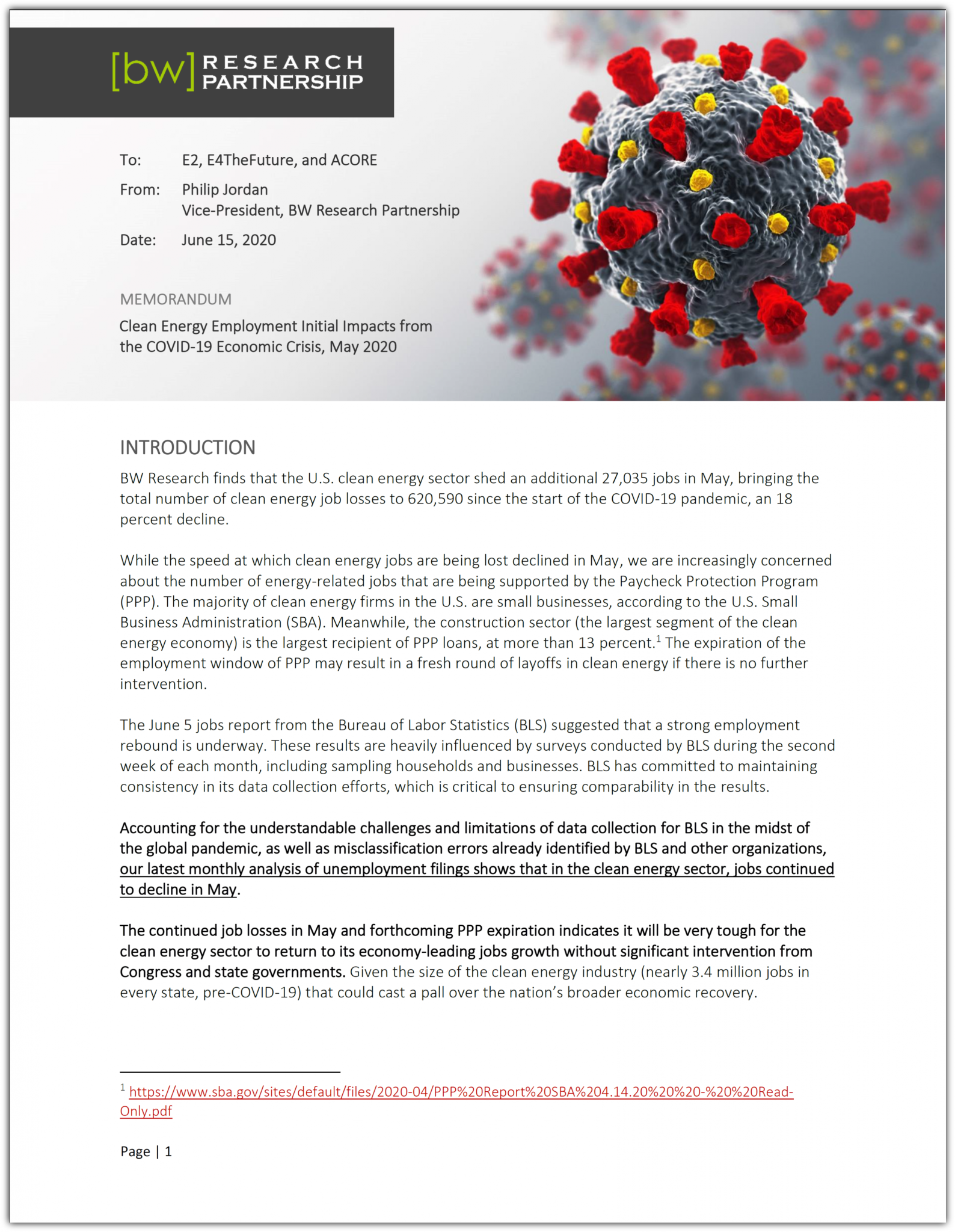 More than 620,000 U.S. clean clean energy workers have lost their jobs since March after 27,000 new workers filed unemployment claims in May, according to the latest analysis of unemployment data by BW Research for E2, E4TheFuture, and the American Council on Renewable Energy (ACORE).

The analysis of Department of Labor data found that 620,590 workers in clean energy occupations, representing 18.5% of the industry’s workforce, filed for unemployment benefits in March, April, and May. The number of jobs lost is more than double the number of clean energy jobs created since 2017.

While the speed at which clean energy jobs are being lost declined in May, there are increasing concerns about the number of energy-related jobs that are being supported by the Paycheck Protection Program (PPP). The majority of clean energy firms in the U.S. are small businesses, according to the U.S. Small Business Administration (SBA). Meanwhile, the construction sector (the largest segment of the clean energy economy) is the largest recipient of PPP loans, at more than 13 percent. The expiration of the employment window of PPP may result in a fresh round of layoffs in clean energy if there is no further intervention.

The continued job losses in May and forthcoming PPP expiration indicates it will be very tough for the clean energy sector to return to its economy-leading jobs growth without significant intervention from Congress and state governments. Given the size of the clean energy industry (nearly 3.4 million jobs in every state, pre-COVID-19) that could cast a pall over the nation’s broader economic recovery.

A live press conference was held announcing the report’s findings on June 15, featuring: