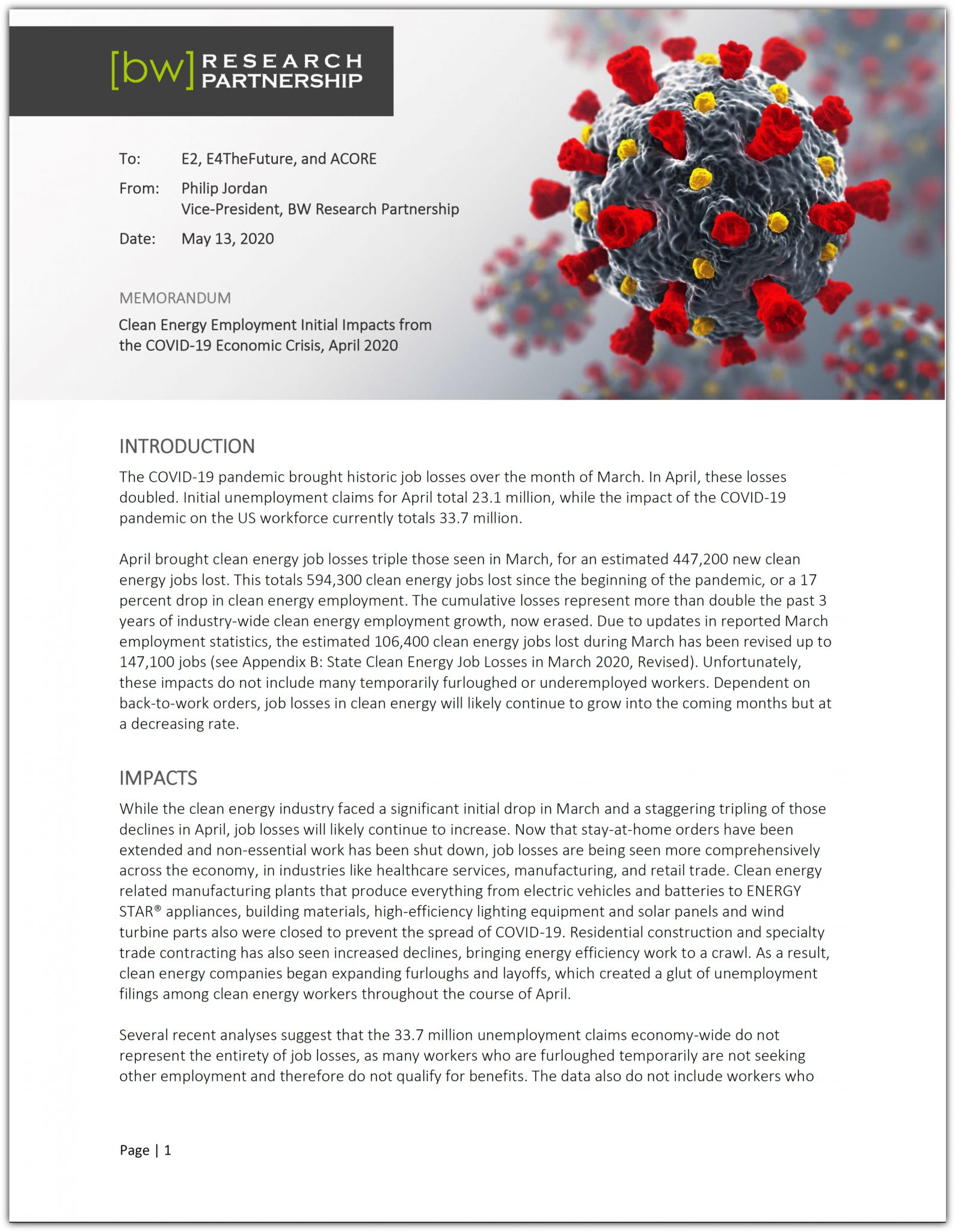 Nearly 600,000 U.S. clean clean energy workers have lost their jobs since March after 447,208 new workers filed unemployment claims in April, according to the latest analysis of unemployment data by BW Research for E2, E4TheFuture, and the American Council on Renewable Energy.

The analysis of Department of Labor data found that 594,347 workers in clean energy occupations, representing 17.8% of the industry’s workforce, filed for unemployment benefits in April and March. The number of jobs lost is more than double the number of clean energy jobs created since 2017. Before March, clean energy had been one of the U.S. economy’s biggest and fastest-growing employment sectors, growing 10.4% since 2015 to 3.4 million jobs at the end of 2019. That made clean energy by far the biggest employer of workers in all energy occupations, employing nearly three times as many people as the fossil fuel industry.

The job losses are across a wide variety of occupations, and in every state. Energy efficiency workers are losing their jobs after being shut out of homes and buildings to prevent the spread of the coronavirus. Solar and wind turbine companies are laying off workers as they’re unable to access panels and parts stranded in shut-down factories and as financing disappears. Factory workers are being let go as assembly lines for Energy Star appliances and electric and hybrid vehicles are ground to a halt.

State With Most Job Losses, April 2020

A live press conference was held announcing the report’s findings on May 13, featuring: