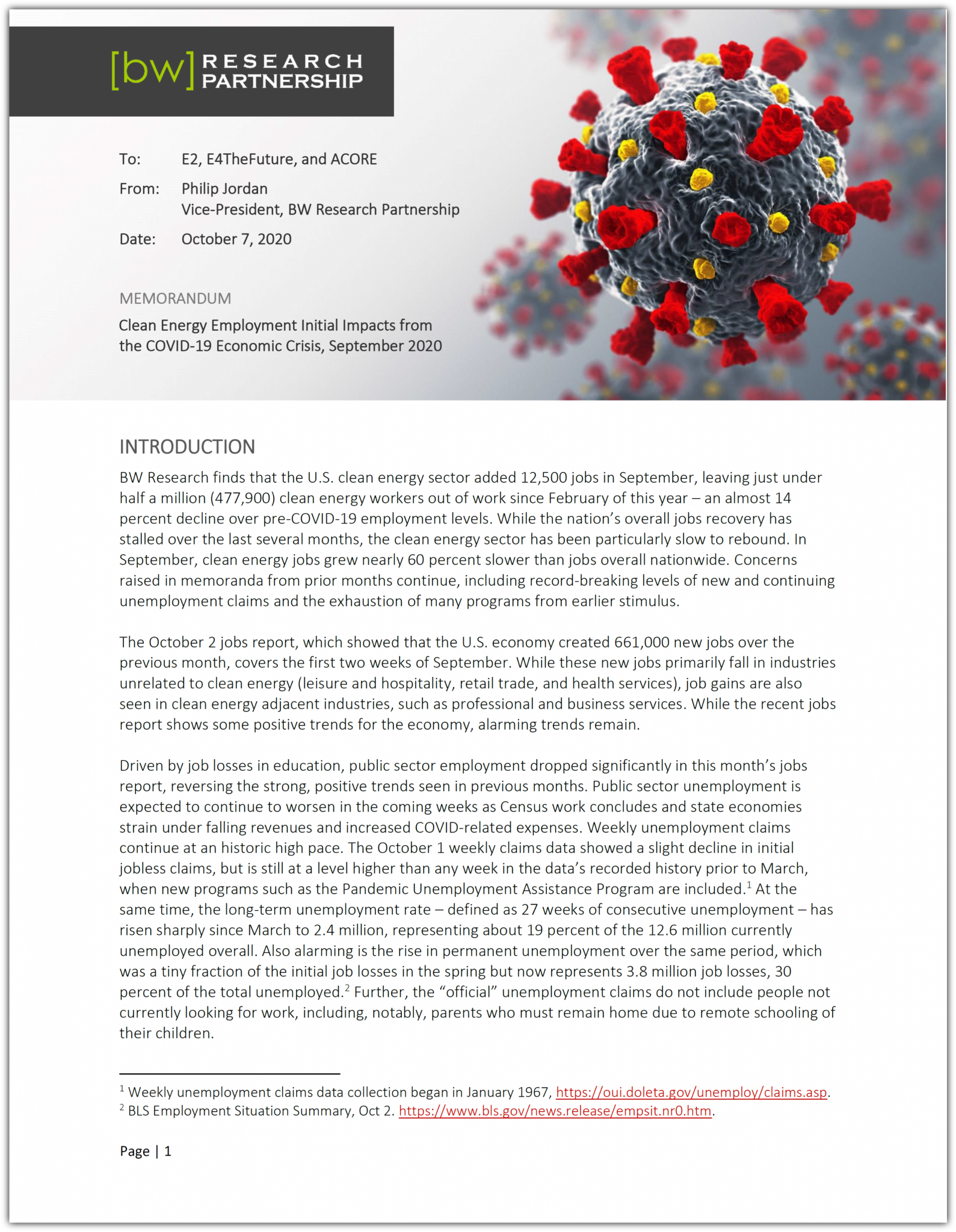 12,500 jobs in clean energy were added in September, leaving almost 14% of the sector’s pre-COVID-19 workforce unemployed according to the latest analysis of federal unemployment filings prepared by BW Research for E2 (Environmental Entrepreneurs), E4TheFuture and the American Council on Renewable Energy (ACORE).

Overall, September’s job gains represented a 0.4% increase in nationwide clean energy jobs and leaves nearly more than 477,900 clean energy workers still out of work in a year the industry projected to add over 175,000 jobs,

While September represents the fourth straight month of job growth for the industry after three months of devastating job losses,  just one out of every five clean energy jobs lost between March and May has come back, according to the monthly report. The slow growth is consistent nationwide; no state saw more than a 0.7% increase in employment in September, with 23 states and the District of Columbia adding fewer than 100 jobs each.

While September showed some signs of national economic growth, alarming trends continued. Weekly unemployment claims remain at historic highs, and long-term and permanent unemployment rates have sharply risen since March. With federal Paycheck Protection Program (PPP) funds all but exhausted, and negotiations for an additional round of more targeted stimulus relief in question, more layoffs could be imminent.

Before COVID-19, nearly 3.4 million Americans across all 50 states and the District of Columbia worked in clean energy occupations, including renewable energy, energy efficiency, grid modernization, clean vehicles and fuels. That’s more people than work in real estate, banking or agriculture in the U.S., and three times the number of Americans that worked in fossil fuels, according to E2’s Clean Jobs America report.

States With The Most Total Job Losses, September 2020