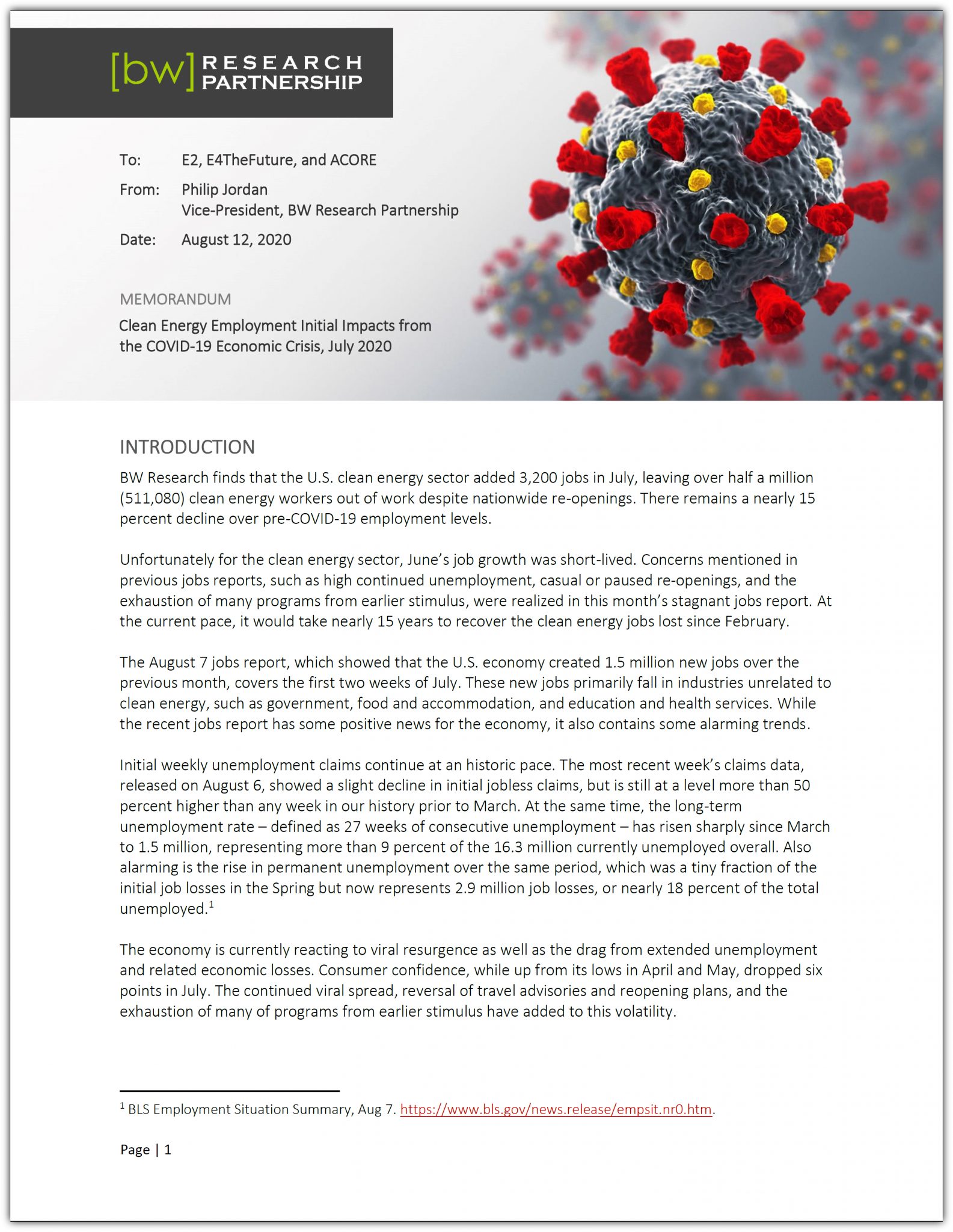 The U.S. clean energy sector added just 3,200 jobs in July, signaling the sector’s surge of workers returning in June was short-lived, according to the latest analysis of unemployment data by BW Research for E2, E4TheFuture, and the American Council on Renewable Energy (ACORE).

The 0.1% increase in jobs still leaves over half a million (511,075) clean energy workers out of work despite nationwide re-openings – about 15 percent of the sector’s workforce before the COVID-19 outbreak. While July represents the second straight month of job growth for the industry after three months of devastating job losses, fewer than 10 states saw 100-plus clean energy employees return to work and at the current pace it would take nearly 15 years for the U.S. clean energy sector to reach pre-COVID-19 employment levels.

The new analysis also does little to alleviate long-term concerns for the industry. In addition to continued high unemployment, casual or paused re-openings, and the exhaustion of many programs from earlier stimulus, long-term and permanent unemployment has risen sharply to more than 4.4 million as initial weekly unemployment claims continue at historic pace.

Only one out of every six clean energy jobs lost since March returned in June and July, and as federal Paycheck Protection Program (PPP) funds are exhausted and states are forced to close businesses again in the face of COVID-19’s resurgence, more layoffs could be imminent without congressional action.

States With Most Job Losses, July 2020