WASHINGTON (November 1, 2021) – As Congress prepares to vote on the biggest U.S. investments ever in clean energy and the COP26 international climate summit begins in Scotland, a new analysis shows that America’s more than 3 million clean energy jobs are nearly evenly split across Republican and Democratic congressional districts. 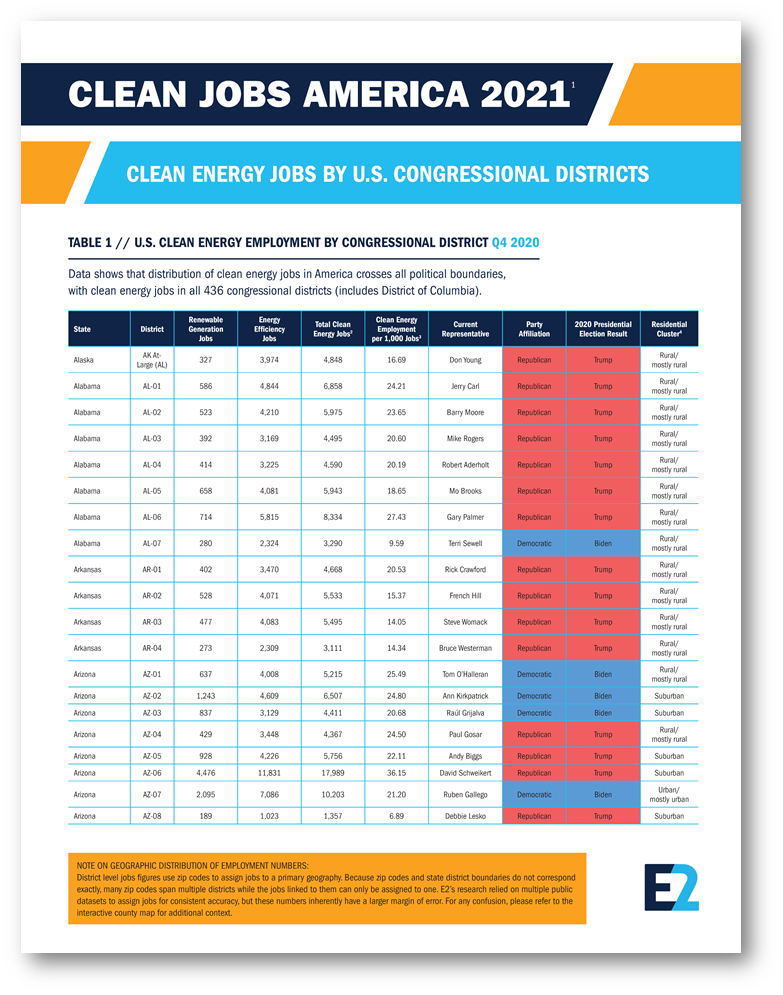 The findings were released on a national press conference call today with the Chair of House Select Committee on the Climate Crisis, U.S. Rep. Kathy Castor (D-Fla.). Watch a recording of the presser here.

“Expanding clean energy gives us an opportunity to create millions of good-paying jobs across America, which is why we’re focused in Congress on passing the single largest investment in clean energy and climate in our nation’s history. Making these investments now will be crucial for future generations.”

“There’s nothing partisan or political about clean energy jobs. These aren’t blue state jobs or red state jobs, they’re red, white and blue jobs. Any member of Congress who votes against clean energy and climate action is voting against the clean energy workers in their district.

“Our leaders in Washington and Glasgow should realize that the clean energy investments they’re considering will benefit workers and create new jobs in every part of America – regardless of politics or location.”

“The clean energy transition is creating jobs all across the nation and are not dependent on specific resources or geographic location. Policies to spur clean energy growth will create even more jobs and more places and spread the economic opportunity across a wide swath of America”

For more information, including a searchable database for every zip code and congressional district in the country, see https://cleanjobsamerica.e2.org/.