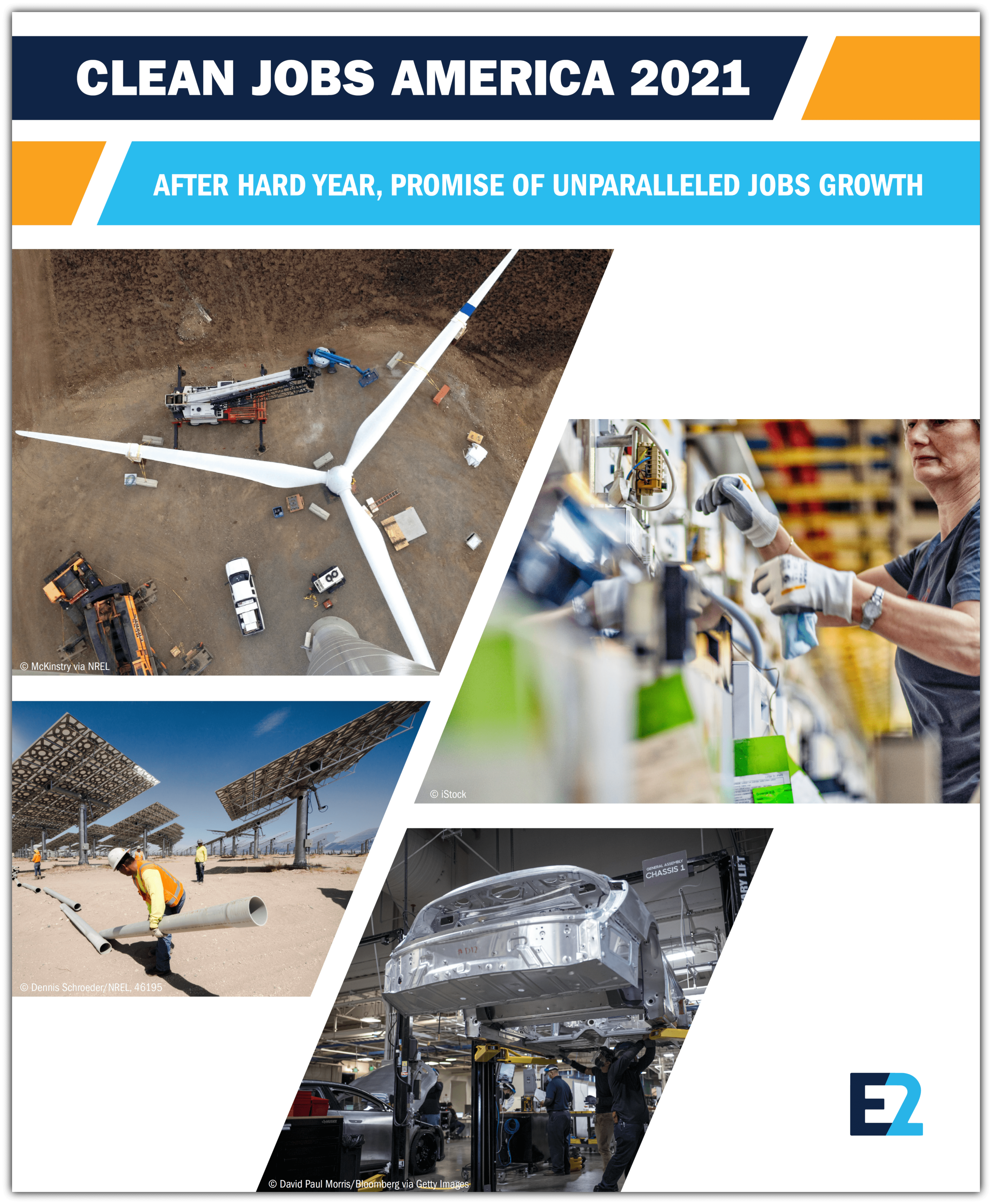 In 2020, the number of clean energy jobs in America fell for the first time since E2 began tracking nationwide employment across the entire clean energy sector in 2015. Amid the COVID-19 pandemic and related economic contraction and the lingering impacts of policies from the previous administration that encouraged fossil fuels over clean energy, nearly 307,000 jobs were lost in wind, solar, energy efficiency and other clean energy sectors.

About 3 million Americans worked in clean energy at the end of 2020, down from 3.36 million the year before, according to the analysis of Bureau of Labor Statistics data and the findings of a national survey of more than 30,000 businesses across the U.S. economy.

California, Texas, New York and Florida remain the nation’s leaders for clean energy jobs, but smaller states such as Illinois, Massachusetts, Michigan and Ohio all employed more than 100,000 clean energy workers each at the end of last year.

This is the sixth annual Clean Jobs America report produced by E2 based on analysis of the USEER, which was first released by the DOE in 2016. E2 was an original proponent of the DOE producing the USEER, and was a partner on the reports produced by the Energy Futures Initiative (EFI) and National Association of State Energy Officials (NASEO) after the Trump administration abandoned it in 2017.

If you are looking for additional insight into E2’s Clean Jobs America 2021 or our other clean energy employment reports, visit e2.org/reports. An FAQ is also available here to answer any questions.

Clean Jobs America 2021 is the 6th national clean energy jobs report from E2. Previous reports can be accessed in the below links.