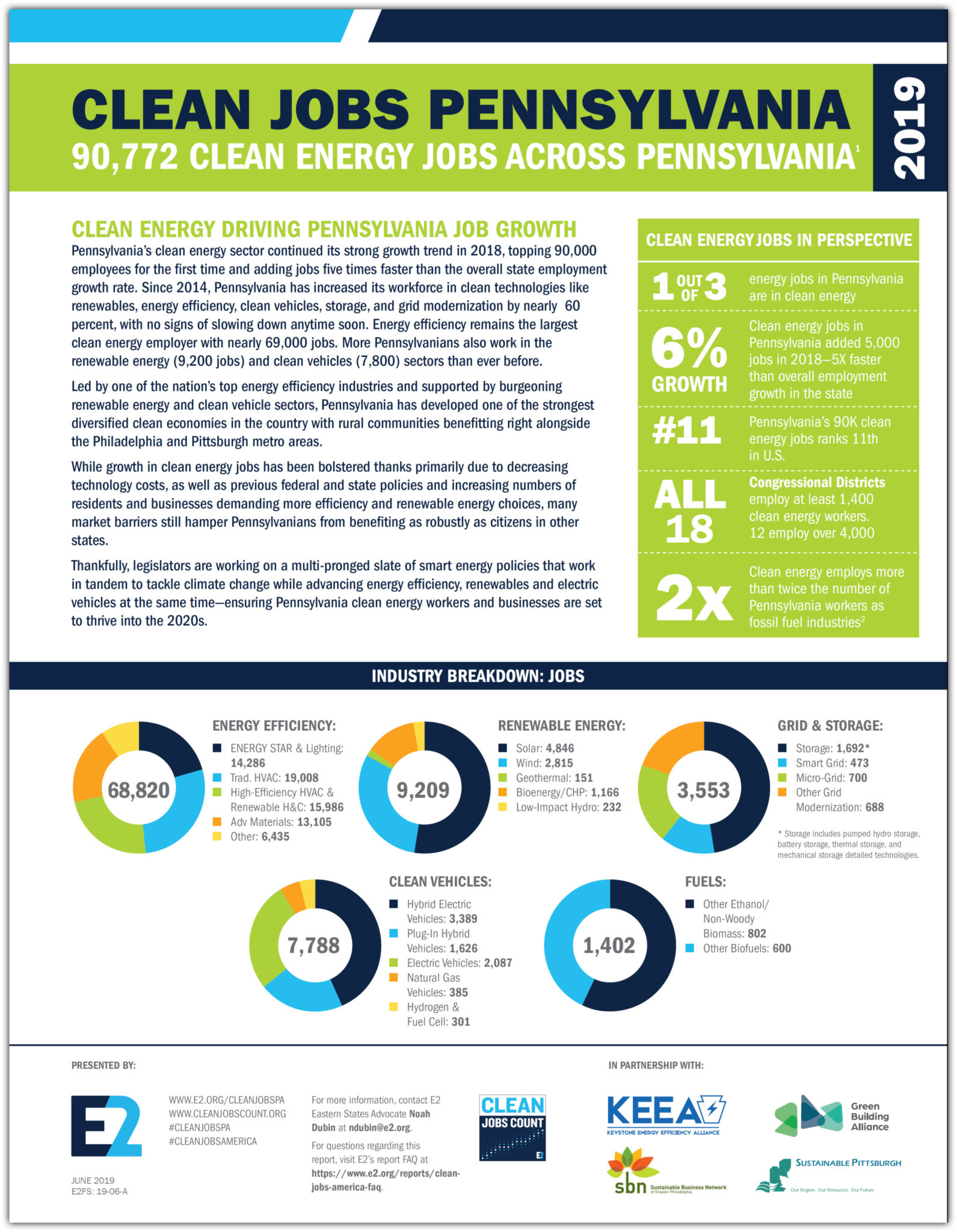 Led by one of the nation’s top energy efficiency industries and supported by burgeoning renewable energy and clean vehicle sectors, Pennsylvania has developed one of the strongest diversified clean economies in the country with rural communities benefiting right alongside the Philadelphia and Pittsburgh metro areas.

Since 2014, Pennsylvania has increased its workforce in clean technologies like renewables, energy efficiency, clean vehicles, storage, and grid modernization by nearly 60 percent – employing now twice as many workers as the state’s entire fossil fuel industry. This recent growth over the past several years has put Pennsylvania within 4,400 jobs of overtaking Virginia as the No. 10 state in the U.S. for clean energy employment.

If you are looking for additional insight into E2’s Clean Jobs Pennsylvania 2019 or our other Clean Jobs America reports, visit e2.org/reports. You can also contact E2 Communications Director Michael Timberlake (mtimberlake@e2.org). An FAQ is also available here to answer any questions.

Clean Jobs Pennsylvania is only one in a series of state and industry reports produced by E2 and our partners.