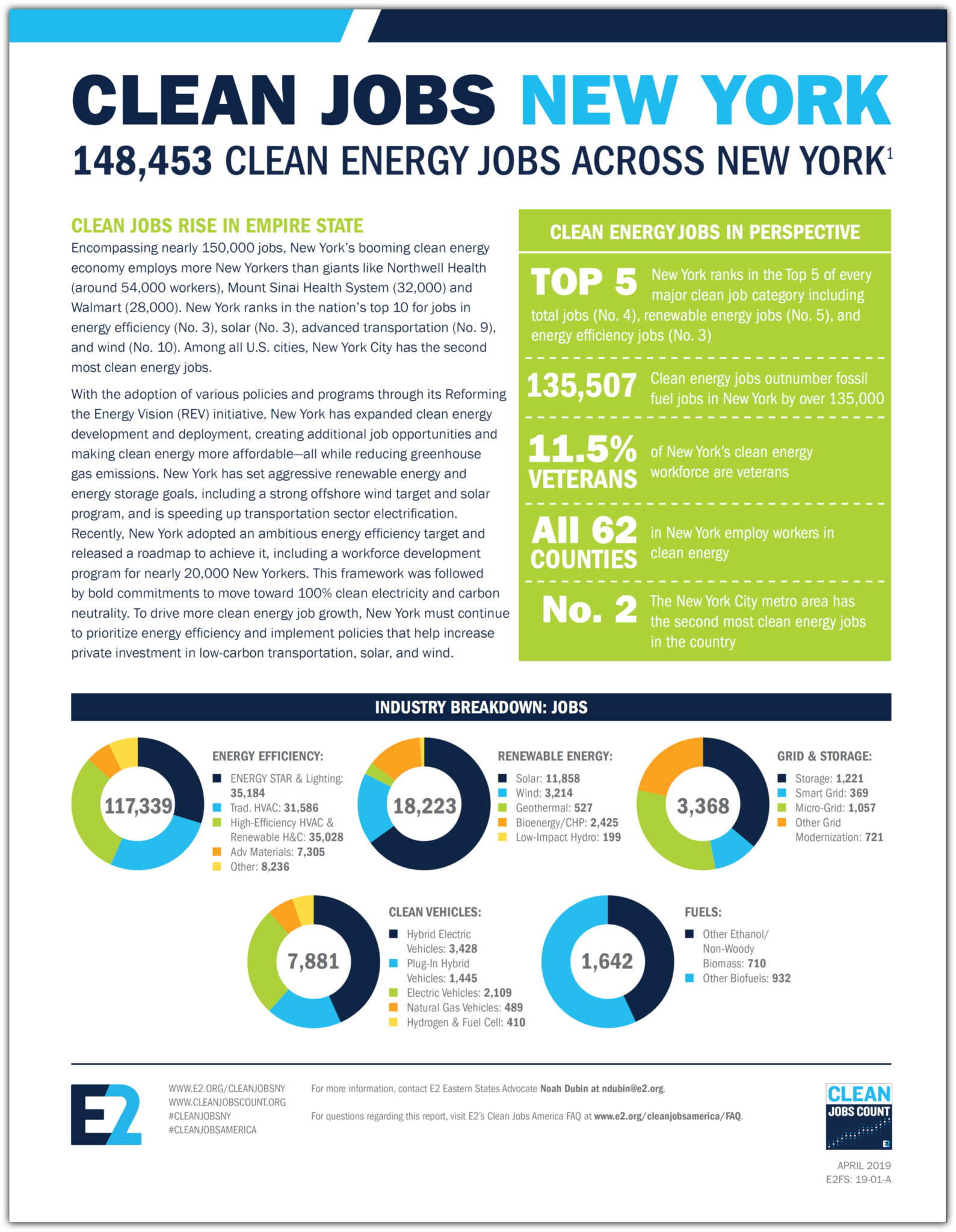 According to the 2019 Clean Jobs New York analysis (downloadable PDF) of energy jobs data by the national nonpartisan business group E2 (Environmental Entrepreneurs), New York’s clean energy economy now ranks in the nation’s top 10 for jobs in energy efficiency (No. 3), solar (No. 3), advanced transportation (No. 9), and wind (No. 10).

While New York City has the second most clean energy jobs in the U.S. with more than 96,000, behind only Los Angeles, clean energy’s impact reaches far beyond New York’s major metropolitan areas. One out of every seven clean energy workers are employed counties with population below 300,000 while 9,500 jobs are in the state’s rural areas.

This report follows E2’s 2019 Clean Jobs America analysis which found the clean energy jobs account for nearly 3.3 million jobs across all 50 states and the District of Columbia. Both reports expand on data from the U.S. Energy and Employment Report (USEER) produced by the Energy Futures Initiative (EFI) in partnership with the National Association of State Energy Officials (NASEO), using data collected and analyzed by the BW Research Partnership. E2 is a partner on the USEER, the fourth installment of the energy survey first released by the Department of Energy in 2016. Clean energy jobs have grown every year since the first report was released in 2016.

If you are looking for additional insight into E2’s Clean Jobs New York 2019 or our other Clean Jobs America reports, visit e2.org/reports. You can also contact E2 Communications Director Michael Timberlake (mtimberlake@e2.org). An FAQ is also available here to answer any questions.

Clean Jobs New York is only one in a series of state and industry reports produced by E2 and our partners.