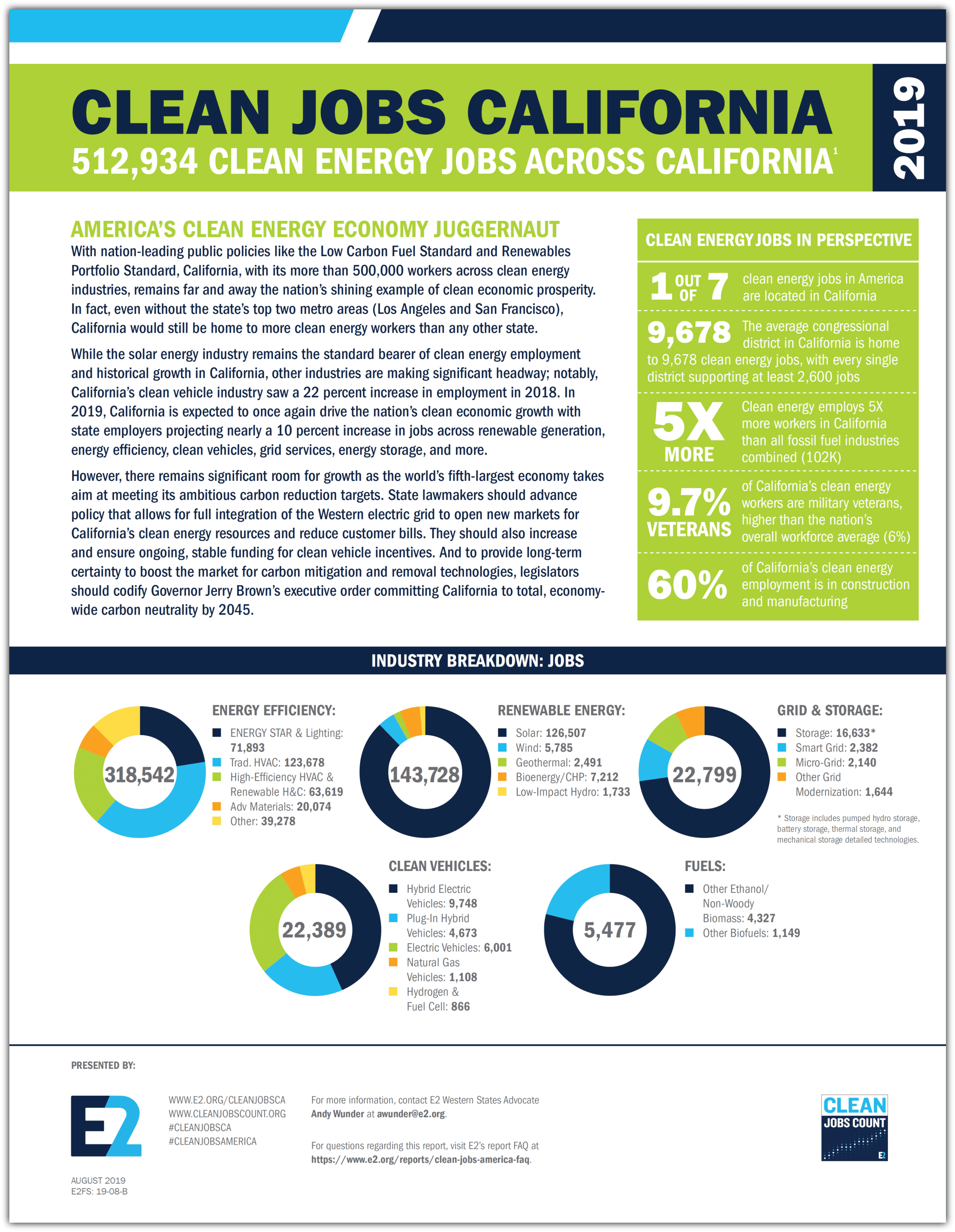 With nation-leading public policies like the Low Carbon Fuel Standard and Renewables Portfolio Standard, California, with its more than half a million workers across clean energy industries, remains far and away the nation’s shining example of clean economic prosperity. Across all states, California supports one out of every seven U.S. clean energy jobs, four out of every ten U.S. solar energy jobs,  and one more than one out of every four U.S. renewable generation jobs. In fact, California’s is home to more renewable generation jobs than the next top six states combined and twice as many energy efficiency jobs as the no. 2 state (Texas).

This report focuses solely on the energy sector of the economy and does not include jobs in retail trade, repair services, water or waste management, and indirect employment or induced employment.

According to Clean Jobs California:

If you are looking for additional insight into E2’s Clean Jobs California 2019 or our other Clean Jobs America reports, visit e2.org/reports. You can also contact E2 Communications Director Michael Timberlake (mtimberlake@e2.org). An FAQ is also available here to answer any questions.

Clean Jobs California is only one in a series of state and industry reports produced by E2 and our partners.