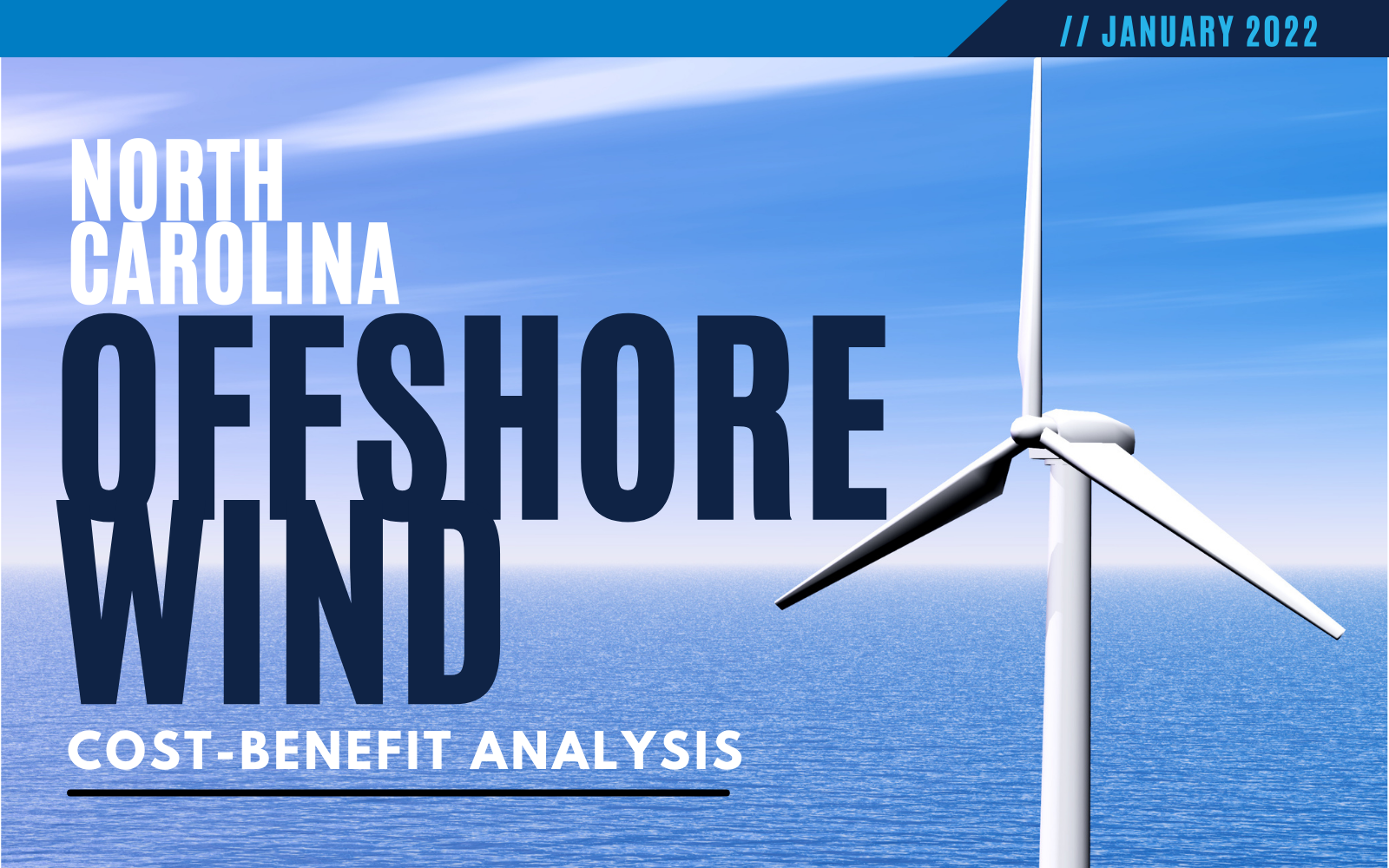 N.C. – A new analysis shows that constructing 2.8-gigawatts of offshore wind off North Carolina’s coast by 2030 will result in a net economic benefit of up to $4.6 billion for the state’s economy.

The North Carolina Offshore Wind Cost-Benefit Analysis was conducted by the Southeastern Wind Coalition (SEWC) with support from Environmental Entrepreneurs (E2), and was informed by peer-reviewed literature, reports, and public data addressing various elements of offshore wind development. The study synthesized these findings with a Jobs and Economic Development Impact (JEDI) simulation into a comprehensive analysis of the net economic benefits of offshore wind for the state of North Carolina. The analysis also incorporated benefits realized from cost reductions the federal clean energy Investment Tax Credit (ITC) extension will yield, as well as the quantitative benefits to the state from reduced carbon emissions. These will result in an additional benefit of $2.1 billion and $8.4 billion, respectively.

Economic benefits are an important factor in determining the state’s future generation mix, and ensures that the full value of a technology can be considered. This report incorporates that factor in evaluating offshore wind’s economic potential, a calculation which has, until now, been notably absent in modeling of the state’s energy mix.

“Offshore wind is a necessary component to achieving carbon neutrality and provides a once-in-a-generation economic opportunity for the U.S,” said Zach Amittay, E2’s Southeast Advocate. “The industry’s manufacturing supply chain is still in its infancy, and North Carolina has the opportunity to capture part of the estimated $109B economic opportunity and the jobs that will come with it.”

Job creation was also quantified in the analysis, and indicates the potential for up to 31,000 full-time equivalent positions during the construction phase, and over 900 ongoing jobs during the single project’s operational lifetime.

“This analysis provides critical insight into how and why offshore wind makes sense for North Carolina. Cost is of utmost importance when utilities consider their generating mix, but without information on the jobs and manufacturing investments to be located in a state, we don’t have an understanding of the full picture. $4.6 billion in economic output shows us that we can have in-state clean energy generation at scale, in a way that is a huge boost for our economy as well.” Katharine Kollins, SEWC President.

The analysis outlines a number of strengths that position North Carolina to be an attractive location for the industry, but SEWC Program Manager Jaime Simmons says more action is needed.

“The single largest contributing factor to realizing supply chain investment so far has been a state indicating a firm commitment to procuring the electricity from the projects being built off its coast,” said Simmons. “The economic opportunity is massive, but North Carolina needs to solidify its commitment to offshore wind in order to capture the greatest benefit possible.”

“This new report confirms earlier findings that North Carolina is well positioned to create jobs and attract major investments from the offshore wind energy industry,” said Jennifer Mundt, the recently appointed Assistant Secretary for Clean Energy Economic Development at the North Carolina Department of Commerce. “The creation of a new state-level role at the Department of Commerce that’s focused on the economic opportunity from clean energy is just the latest demonstration of North Carolina’s commitment to this growing industry of the future.”

“As the global leader in offshore wind energy, we’ve seen how this new industry is creating good-paying jobs across communities. With a skilled workforce and valuable port infrastructure, North Carolina is well-positioned to attract suppliers and partners,” said David Hardy, CEO of Ørsted Offshore North America. “Tech centers, industrial hubs, coastal communities and inland towns across all of North Carolina will benefit from this new industry that will usher in a new era of U.S. manufacturing, while delivering clean energy.”

Senior Manager for International Business Development with the Economic Development Partnership of North Carolina, Colin Kiser, said, “The Southeastern Wind Coalition’s newest economic impact study says plainly what industry insiders have known for years: offshore Wind is here, and those who react and prepare will reap transformational benefits for their communities, both now and in future generations. The creation of a new, multi-billion dollar advanced manufacturing sector and regional supply chain is the dream of economic developers across the globe. North Carolina has the perfect ecosystem and natural assets to capitalize on this once-in-a-lifetime opportunity.”

Laurie Barnhardt, Executive Director of the Conservatives for Clean Energy said, “North Carolina is fortunate to have strong bipartisan support for offshore wind. At Conservatives for Clean Energy, we support the tremendous economic development opportunities and the new manufacturing jobs in the supply chain created by the offshore wind industry both along the coast and throughout the state.”