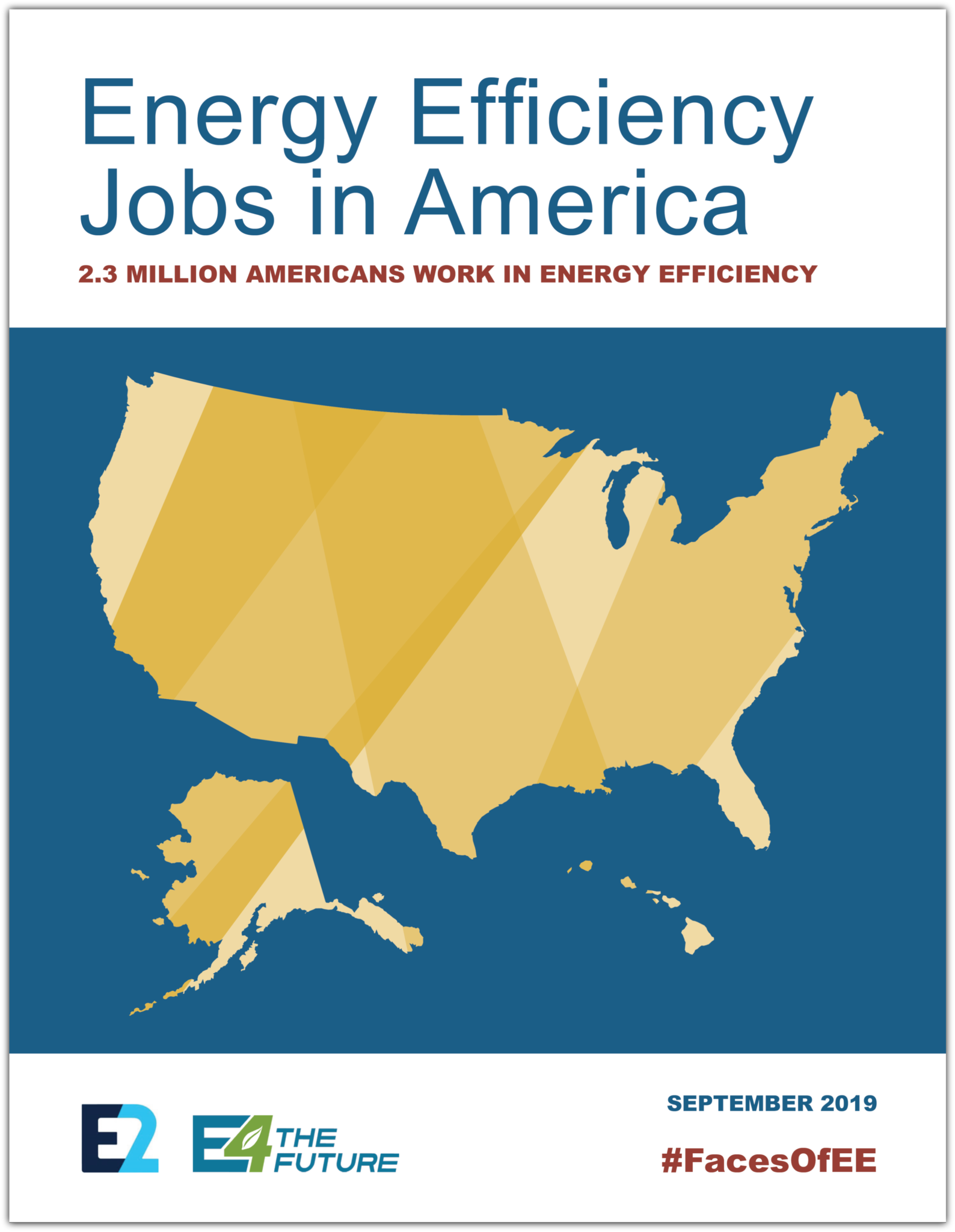 For the second year in a row, energy efficiency is America’s fastest-growing energy industry — accounting for about half (76,000) of the sector’s entire job growth in 2018 (151,700) — now eclipsing 2.3 million American workers.

Led by a growth rate double the nationwide average, energy efficiency is currently responsible for one out of every four jobs in the energy sector while employing more Americans than the entire fossil fuel industry in 41 states and the District of Columbia. Nationwide, energy efficiency businesses employs twice the number of workers as fossil fuels.

This sector’s consistently strong year-over-year job growth—and growing integration in the economic value chain and built environment—is turning the industry into the energy sector’s most viable (and efficient) job creator. Across every time zone, state, county line, and even zip code, energy efficiency solutions are advancing economic opportunities for American workers and their families. Jobs that will grow locally, jobs that cannot be outsourced.

The 2019 Energy Efficiency Jobs in America report includes an 7-page national summary and individual factsheets for all 50 U.S. states and the District of Columbia that include more detailed findings including job totals for every congressional and legislative district, industry and technology breakdowns, and maps of every state’s top counties.

This annual report focuses solely on the energy sector of the economy. Jobs in retail trade, vehicle efficiency-related work, and the 4.2 million jobs related to efficient manufacturing processes are excluded from these numbers.

According to the 2019 Energy Efficiency Jobs in America, America’s energy efficiency sector:

For questions on this report, methodology, reported job numbers, or requests for specific additional data, email E2 Communications Director Michael Timberlake (mtimberlake@e2.org). An FAQ for the report, including answers to questions on methodology, is available here.

If you are looking for additional insight into E4The Future and E2’s other research and publications on the energy economy, visit E4TheFuture’s Publications homepage or E2’s Reports homepage.

Energy Efficiency Jobs in America is only one in a series of state and industry reports produced by E2 and our partners.