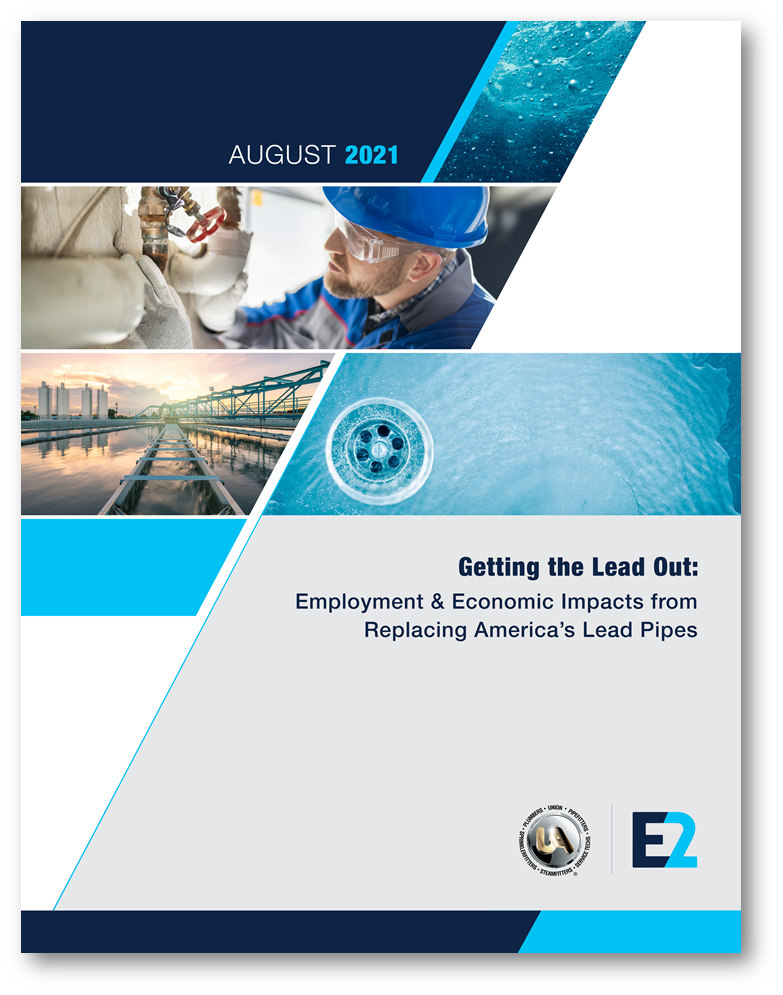 Special thanks to NRDC and BW Research. For a description of the methodology used in this report, please refer to the explanation on page in Appendix A. 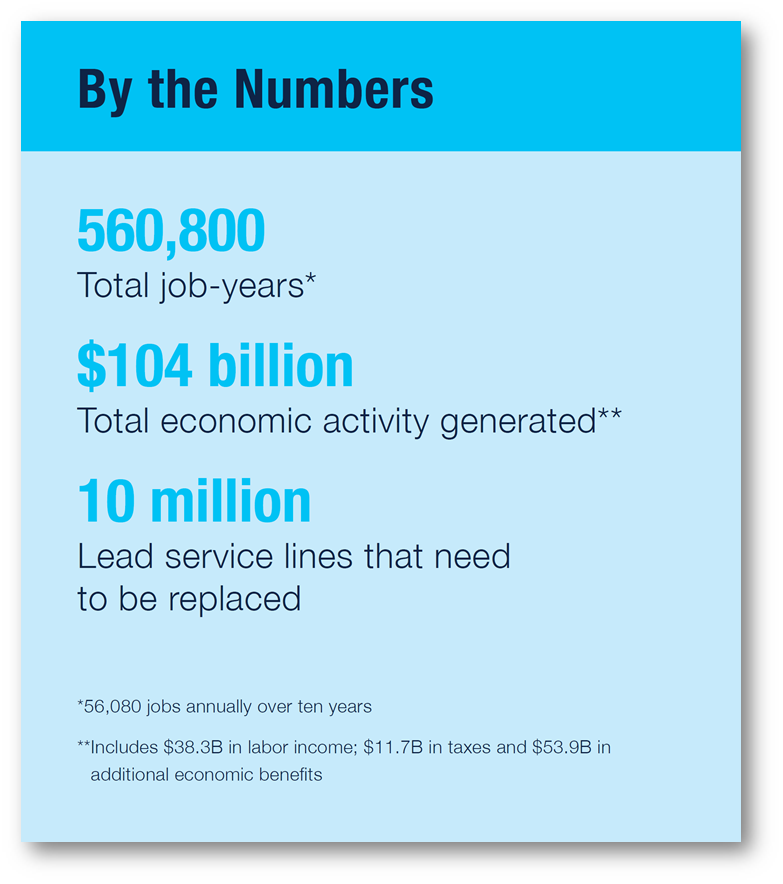 Based on the Biden administration’s plans to invest $45 billion to replace 100 percent of lead service lines in America, the findings from Getting the Lead Out: Employment & Economic Impacts from Replacing America’s Lead Service Lines, this report from E2 and the United Association of Union Plumbers & Pipefitters (UA) estimates that the $45 billion invested in this program will create and support 56,080 jobs annually for 10 years, or a total of 560,800 job-years. This annual estimate includes 26,900 direct jobs—construction workers, plumbers, pipefitters, heavy equipment operators—as a direct result of this activity. Another 13,600 jobs that last for 10 years are created throughout the value chain, and 13,800 jobs are created each year for 10 years as a result of workers spending their paycheck.

About 84 percent of all jobs created through this investment are in construction (52 percent), professional and business services (24 percent), and manufacturing industries (8 percent). Insofar as the bulk of these jobs involve high skill construction occupations, the jobs created will provide good wages and training opportunities for local residents and promote economic benefits to affected communities.

This investment into cleaning up our nation’s water supply also would generate $38.3 billion in labor income, $11.7 billion in taxes, and $53.9 billion in additional value to the economy. That would represent a 120 percent return on investment.

In addition to the jobs created and value added to the economy from this activity, additional benefits like increased positive health outcomes would be generated. It has been estimated that an additional $22,000 of societal benefits are generated for every lead pipe replaced as a result of lower cardiovascular disease. Since in many areas lead service lines are more likely to exist in environmental justice communities, and since Black and Latino children have disproportionately high overall lead exposure, replacing these lead pipes will also greatly benefit low income and minority households.

The scope of this work is massive and reaches every state. The Natural Resources Defense Council (NRDC) estimates that between 9.7 million to more than 12 million lead service lines are distributing water throughout our nation. About 700,000 or more of these service lines are found in Illinois, while Ohio, Michigan, New York, New Jersey Missouri and Wisconsin each contain more than 300,000 of the nation’s lead service lines; the top ten states total about 4 million.

BW Research used IMPLAN to conduct the economic impact analysis, resulting in the jobs, value added, labor income, and taxes data. IMPLAN is an input-output modeling software that tracks spending patterns through the economy and their resulting impacts on economic indicators. The cumulative effects of the initial investment are quantified, and the results are categorized into direct, indirect, and induced effects. To capture interstate flows, direct and indirect impacts are results of national level multipliers, distributed across states using state level modeling. Induced impacts are the results of state level multipliers, so as not to overestimate the impacts of household spending. Workforce data such as occupational demographics and wages are derived from JobsEQ by Chmura. JobsEQ is a workforce data software that derives data from Bureau of Labor Statistics and Census Bureau data, among other sources. Unionization rates are derived from unionstats.com.

If you are looking for additional insight into Getting the Lead Out: Employment & Economic Impacts from Replacing America’s Lead Service Lines or E2’s other clean energy employment reports, visit e2.org/reports.