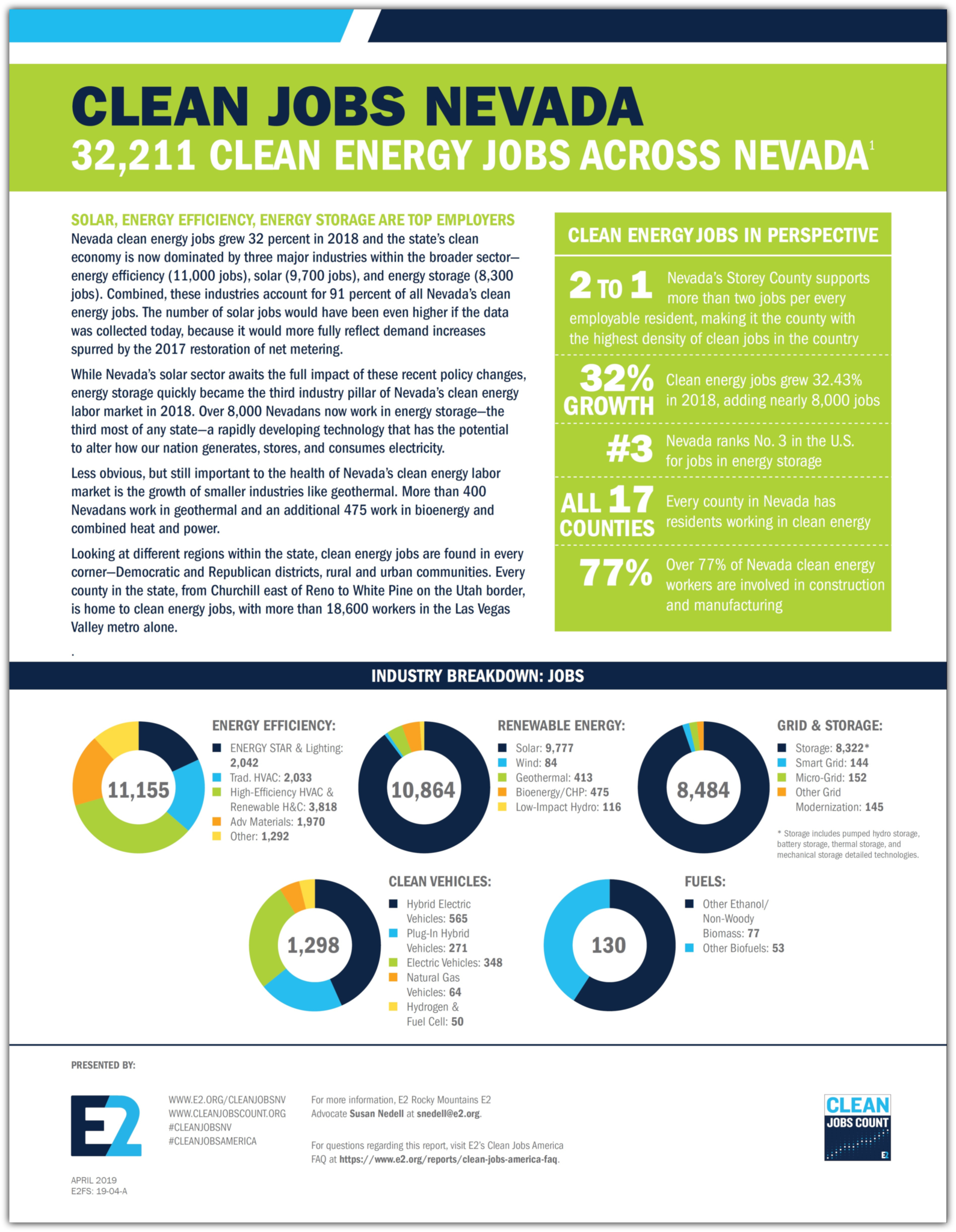 Nevada’s wider clean economy is now dominated by three major industries within the broader sector— energy efficiency (11,000 jobs), solar (9,700 jobs), and energy storage (8,300 jobs). Combined, these industries account for 91 percent of all Nevada’s clean energy jobs. The number of solar jobs would have been even higher if the data was collected today, because it would more fully reflect demand increases spurred by the 2017 restoration of net metering.

This report follows E2’s Clean Jobs America analysis which found the clean energy jobs account for nearly 3.3 million jobs across all 50 states and the District of Columbia. Both reports expand on data from the 2019 U.S. Energy and Employment Report (USEER) produced by the Energy Futures Initiative (EFI) in partnership with the National Association of State Energy Officials (NASEO), using data collected and analyzed by the BW Research Partnership. E2 is a partner on the USEER, the fourth installment of the energy survey first released by the Department of Energy in 2016. Clean energy jobs have grown every year since the first report was released in 2016.

If you are looking for additional insight into E2’s Clean Jobs Nevada 2019 or our other Clean Jobs America reports, visit e2.org/reports. You can also contact E2 Communications Director Michael Timberlake (mtimberlake@e2.org). An FAQ is also available here to answer any questions.

Clean Jobs Nevada is only one in a series of state and industry reports produced by E2 and our partners.