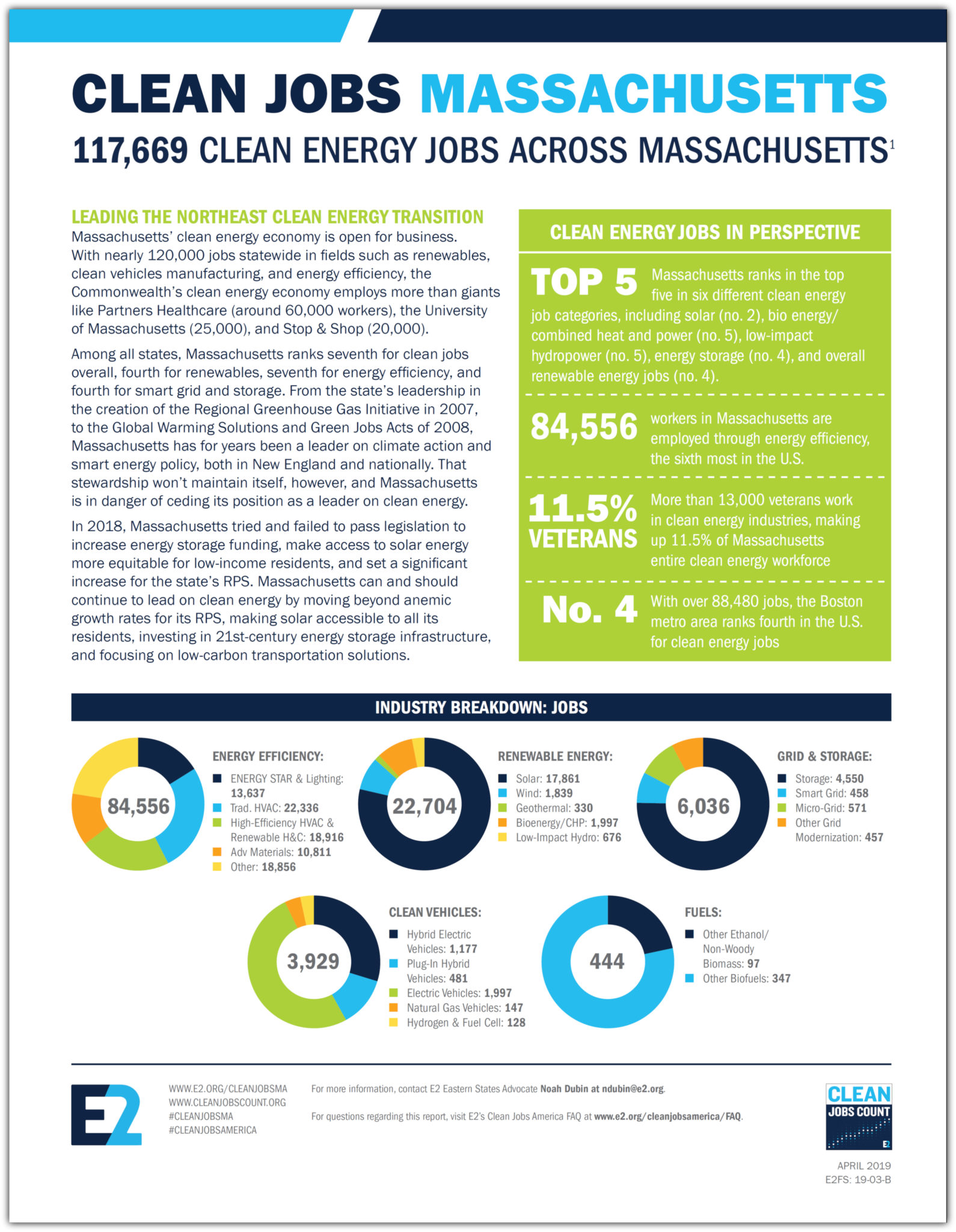 With nearly 120,000 jobs statewide in fields such as renewables, clean vehicles manufacturing, and energy efficiency, the Commonwealth’s clean energy economy employs more than giants like Partners Healthcare (around 60,000 workers), the University of Massachusetts (25,000), and Stop & Shop (20,000).

According to the 2019 Clean Jobs Massachusetts analysis (downloadable PDF) Massachusetts ranks seventh for total clean jobs among all U.S. States, including second in solar energy behind only California. In fact, Massachusetts’ strong solar energy industry employs over 50% more workers than the third ranked state (New York). While over 82,000 Massachusetts clean jobs are in the Boston metro area (which ranks fourth in the U.S.), 29% of the state’s jobs are outside Boston.

If you are looking for additional insight into E2’s Clean Jobs Massachusetts 2019 or our other Clean Jobs America reports, visit e2.org/reports. You can also contact E2 Communications Director Michael Timberlake (mtimberlake@e2.org). An FAQ is also available here to answer any questions.

Clean Jobs Massachusetts is only one in a series of state and industry reports produced by E2 and our partners.