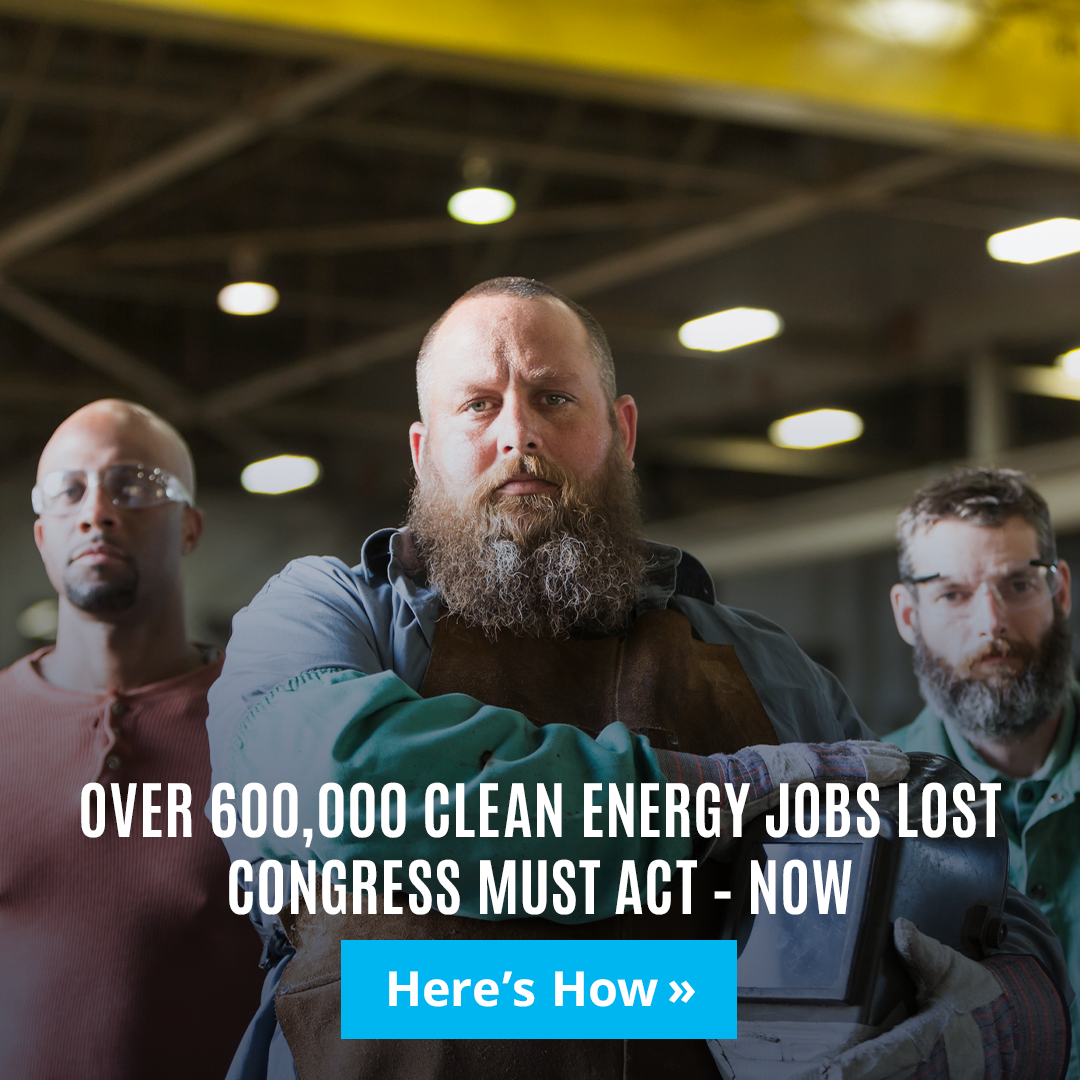 Washington, DC (June 22, 2020) – As Congress considers a major infrastructure bill and ways to restart the U.S. economy, more than 580 business leaders from across the country urged lawmakers in Washington to ensure clean energy is prioritized in forthcoming stimulus packages and recovery programs.

In a letter delivered to all members of Congress, members and supporters of national nonpartisan business group E2 (Environmental Entrepreneurs) note the workforce size and  geographic scope of the clean energy industry, employing nearly 3.4 million Americans in every state prior to COVID-19, and its job-growth track record as the best way to restart the economy after a major downturn. “History shows federal investments in clean energy drives economic recovery faster and more broadly than stimulus investments in other sectors,” the letter notes.

Signers include CEOs, investors and owners of companies involved in businesses ranging from real estate and restaurants to banking and technology, as well as executives from numerous solar, wind and energy efficiency companies.

“Business leaders across all facets of our economy are counting on Congress to build our economy back better and faster as we seek to recover as a nation.

“They know there’s no better way to get America going again than by investing in the sector that was already growing jobs faster than the overall economy—clean energy, which supports workers in every state and across hundreds of occupations ranging from construction to manufacturing to energy to finance.

“Our message: Congress must act now.”

E2 also launched a major, $300,000 advertising campaign directed at Washington lawmakers to emphasize the importance of clean energy to a robust economic recovery and the need to get the more than 620,000 clean energy workers who have lost their jobs back on the job amid the economic downturn.

The ads, some of which can be found here, are currently running in the Washington Post, Politico, AXIOS, Roll Call, The Hill and other publications. Plans call for additional ads in specific states in coming weeks as lawmakers return home.

“Members of Congress need to understand the size, scope and importance of clean energy to our economic recovery. We’re going to make sure they and those they represent see these ads – both in Washington and back home in their states.”