Clean energy jobs continue to be a big — and fast-growing — part of our economy.

According to new data released by the U.S. Department of Energy on Tuesday, clean energy jobs — including those in renewable energy, energy efficiency, electric and other clean vehicle companies — employed about 3.2 million Americans at the end of last year.

Clean energy occupations are still the fastest-growing jobs across the entire energy sector, according to the Energy Department’s annual U.S. Energy Employment Report (USEER). While jobs across fossil fuel industries continue to decline. 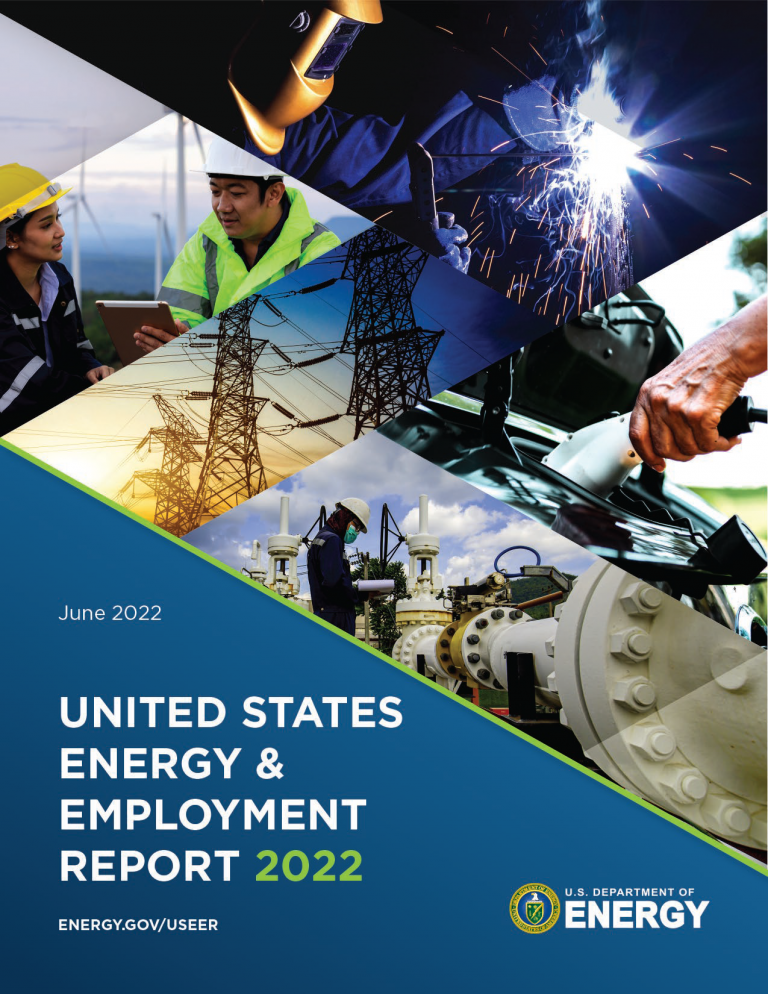 E2 has been involved with USEER since its inception, and it is the basis for all our clean energy jobs reports and research. In the months ahead, we plan to release deeper dives into the clean energy job data in USEER, including breakdowns at the city, county, metro and even congressional and legislative district levels. For now, you can find such clean energy jobs breakdowns from last year’s USEER here.

DOE Sec. Jennifer Granholm released the seventh annual USEER report at a meeting at the U.S. Steelworkers headquarters in Pittsburgh that I attended along with business and government leaders. As she pointed out, with smart federal, state and regional policies, we can create a lot more of these good-paying jobs (according to E2’s Clean Jobs, Better Jobs report, clean energy jobs pay about 25 percent better than the median hourly wage).

E2 and businesspeople across America couldn’t agree more. That’s why E2 members and supporters across the country signed this letter asking Congress and the Biden administration to pass comprehensive climate and clean energy policy like the package that’s been sitting in the Senate since last year.

The legislation sitting in the Senate would not only create more clean energy jobs, it will also make them more available to more Americans. And it’s clear from USEER and E2’s past research that’s something we need to do.

Especially in today’s inflationary environment -and following a year that saw nearly $150 billion in economic damage from climate-related disasters — expanding clean energy is more important than ever. Solar and wind is now the cheapest power available in most parts of the country. Electric vehicles now cost less to operate over time — especially when gas prices continue hovering between $5–7 per gallon. And who doesn’t want to save money on their monthly power bill through better energy efficiency?

When it comes to jobs, more Americans also want to ensure they have careers that will last, that pay better, that can’t be sent overseas and that don’t destroy our planet. In other words, they want more clean energy jobs like those detailed in the USEER report.

We can make more of these jobs available to more Americans. We can make clean energy and electric vehicles more affordable for all of us. And we do good for our environment, while also doing good for our economy.

But we need lawmakers in Washington to their jobs first. Pass comprehensive climate and clean energy legislation. Now.

Clean Energy Jobs Continue to Grow In Size And Importance To Our Economy was originally published in e2org on Medium.