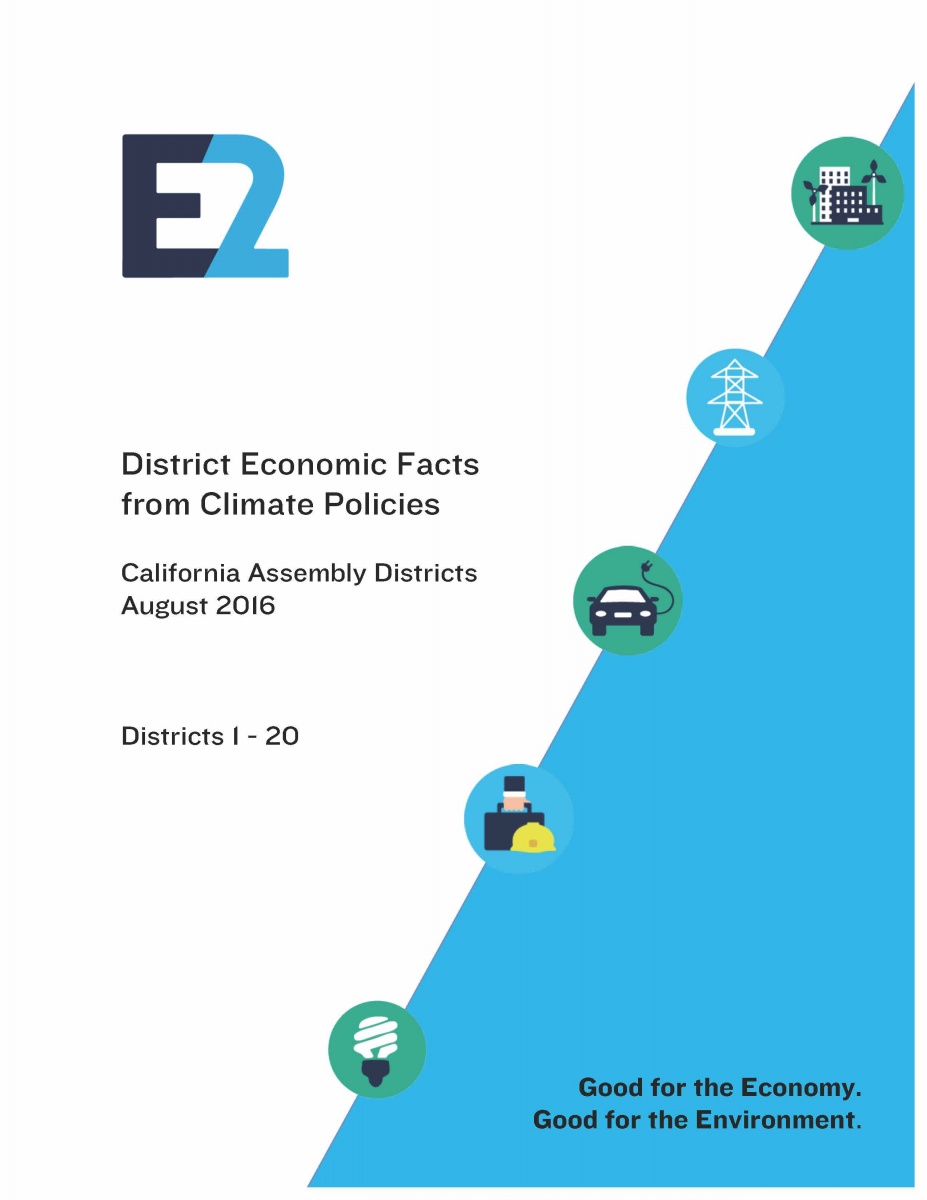 As the California Assembly considers SB 32, which would extend the emissions reductions targets under the state’s Global Warming Solutions Act, a new analysis from E2 shows how and where California’s climate leadership is creating jobs and expanding the economies of each of the 80 legislative districts across the state.

Over the past decade, there has been nearly $48 billion in documented investments in renewable energy, energy efficiency, transportation and other climate projects resulting from California climate policies, programs and actions.

To view a fact sheet showing your legislative district’s details, please click one of the following links:

Don’t know which district you live in? You can look it up here.

On August 8, nearly 200 E2 members from across the state signed a letter that was sent to Assembly members urging them to support SB 32. “To do otherwise would be to jeopardize a major engine of economic growth in our state, and diminish our stature as a global provider of climate solution technologies,” the letter stated.

E2’s work on this specific issue has been recognized in press across the state and the country. In recent weeks we were featured in the Los Angeles Times, Environmental Leader and DeSmog Blog. And at the bottom of this post is a full-page ad E2 signed onto that ran in the Sacramento Bee on August 24.

For more information on joining one of E2’s three California chapters, you can visit our chapter page.