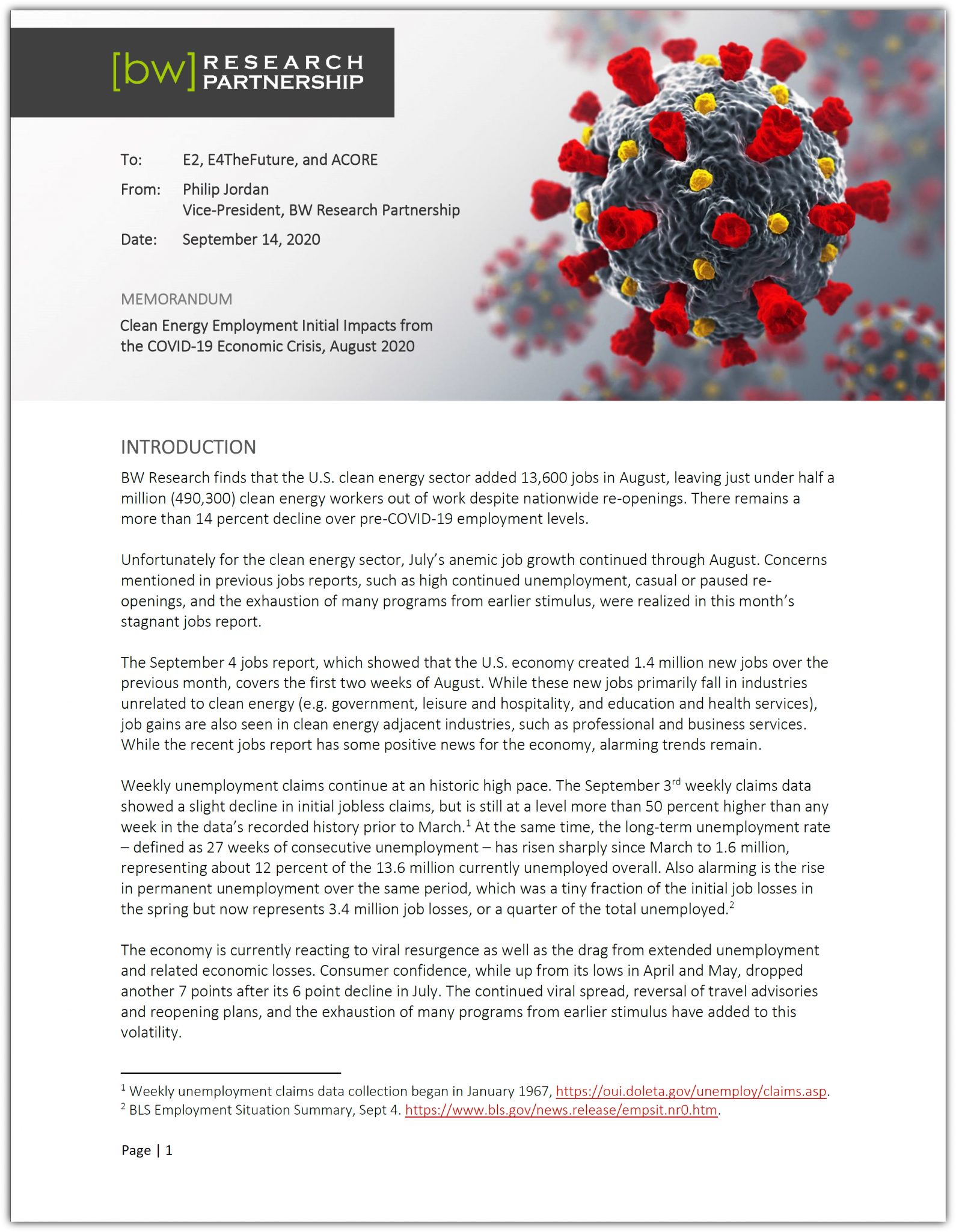 Nearly a half-a-million (490,300) clean energy employees remain out of work since the COVID-19 pandemic began in March.  Unfortunately for the clean energy sector, July’s anemic job growth continued through August as the sector added just 13,600 jobs in August,  according to the latest analysis of unemployment data by BW Research for E2, E4TheFuture, and the American Council on Renewable Energy (ACORE).

The 0.5% increase in jobs still leaves over 14% of the U.S. clean energy workforce unemployed despite widespread re-openings continuing and expanding across dozens of states. While August represents the third straight month of job growth for the industry after three months of devastating job losses, only one out of five jobs lost has returned while 23 states saw fewer than 100 added clean energy jobs in August.

Incorporating July’s revised figure of 10,400 added jobs, the sector’s current rate of growth since June’s short-lived surge when nationwide reopenings began is below job growth projections for 2020 before COVID-19. According to employer surveys conducted in late 2019, clean energy employers nationwide expected to add nearly 178,000 jobs in 2020 — or 14,800 every month.

States With Most Job Losses, August 2020